Ireland is one of the worlds great golf destinations! Famous for its links golf with rugged coastline and massive sand dunes Irish golf is spectacular to say the least. Its most famous courses rank amongst the worlds best. With such links as Portmarnock, Ballybunion, Lahinch, Royal County Down & Royal Portrush being bucket list destinations for your next golf trip.

The first record of golf in Ireland was a match held in 1852, however it was another 6 years before the first golf club was founded in 1858 at The Curragh Golf Club. Interestingly enough the club received Royal status in 1910 but didn't actually use the title until 2013. Ireland has now around 430 golf courses with a further 100 or so in Northern Ireland.

The great thing about Dublin is the close proximity of its links golf to the city centre. Nestled in on the the coast are Portmarnock, The Island, Royal Dublin, Portmarnock Links and St Anne's Golf Clubs. To the west of the city are several golf resorts and many parkland courses including the K-Club and Carton House. Head down south and you come across Pat Ruddy's 'The European Club' designed by the man himself. Also south of Dublin is County Wicklow which has some hidden gems including Woodenbridge, Wicklow & Macreddin Golf Clubs. A little inland is the resort of Druids Glen, which has been described as the Augusta National of Ireland.

Irelands main tourist route the 'Wild Atlantic Way' runs all the way down the west coast. Spread out along this coast are some of the most wild and rugged links golf in the world. Starting in the North West, in the county of Donegal is the golf resort of Rosapenna. As well the 36 holes at Ballyliffin, and the lovely Portsalon and Donegal golf Clubs. Moving further down the coast we come across the superb County Sligo, Enisscrone, the 36 holes at Carne and Connemara Golf Clubs.

As we move further down the coast we come across Lahinch Golf Club, re- designed by Alister Mackenzie in 1926, is an absolute must play. Next up is Doonbeg Golf Club, designed by Greg Norman, it is a classic Irish links with a superb 5* resort on site. Going further south is Ballybunion, Irelands number one ranked course.

As we move right down into Irelands South West, there is Tralee, Dooks, Waterville and the new links at Hogs Heads. And lastly on Irelands south coast under Cork is the picturesque Old Head Links.

Along the way there are so many lesser known hidden gems that can perfectly compliment a golf trip to the Emerald Isle.

There is no shortage of good golf in Northern Ireland, Royal County Down has been ranked as the best course in the world, Royal Portrush hosted the Open Championship in 2019 and Castlerock, Portstewart, Ardglass are also fabulous courses.

The golf in Ireland is great, the people are warm and friendly, the countryside is stunning. What more could you ask for in your next golf trip! 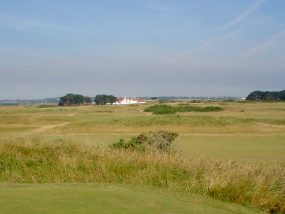 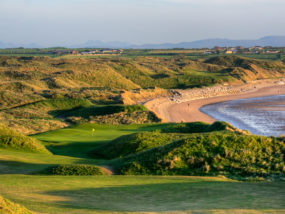 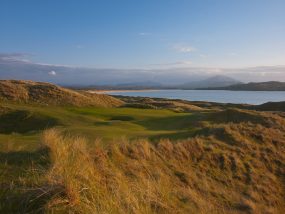 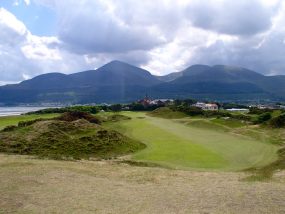