Golf in the north east of Scotland or Aberdeenshire has gone widely unappreciated. But with the arrival of Trump International in 2012 the region has received a significant boast to golf tourism. This was most welcome with the drop off in the oil industry in the years beforehand.

The other big name courses in the area are Royal Aberdeen and Cruden Bay Golf Clubs. Royal Aberdeen held a successful Scottish Open championship in 2014 which was won by Justin Rose. A classic out & back links course that runs through the dunes and gorse, Royal Aberdeen is a stern test of golf. Cruden Bay is a fabulously quirky links with some of the best views in golf. The course was originally designed by the legendary Old Tom Morris and later renovated by Tom Simpson.

Other notable courses are the links of Peterhead, Newburgh on Ythan and Fraserburgh. The parkland course of Newmachar Golf Club is a good alternative to the links golf.

Aberdeen is a cosmopolitan city with many good bars, restaurants and hotels. And is easily reached with regular daily flights from many European cities. 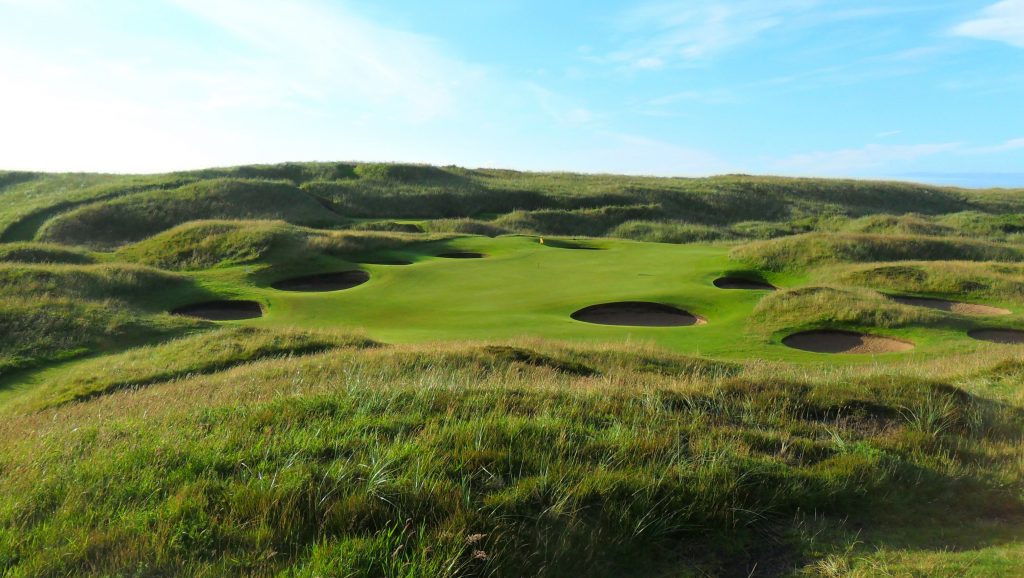 Royal Aberdeen Golf Club 6922 yards Par 71, Royal Aberdeen golf club was founded in 1780 which makes it the 8th oldest club in the world. The original course was played over common land until this was deemed to busy and the club moved to its present site in 1886. There are two courses at the club, the Balgownie & Silverburn Course. The Balgownie links follows a routing out and back along the North Sea with the front 9 being considered one of the best in the world. The back nine is set on higher ground with wonderful views of the North Sea. The clubs profile has been raised in recent years with the playing of some major events such as the Walker Cup, British Senior Open and the Scottish Open won by Justin Rose in 2014.

Cruden Bay was originally setup by the Great Northern of Scotland Railway Company to help promote the area as holiday destination. The course was designed by Old Tom Morris and later Tom Simpson did some alterations. A truly wonderful golf course that offers an extremely diverse and interesting round. Greens such as the bathtub are hard to forget. 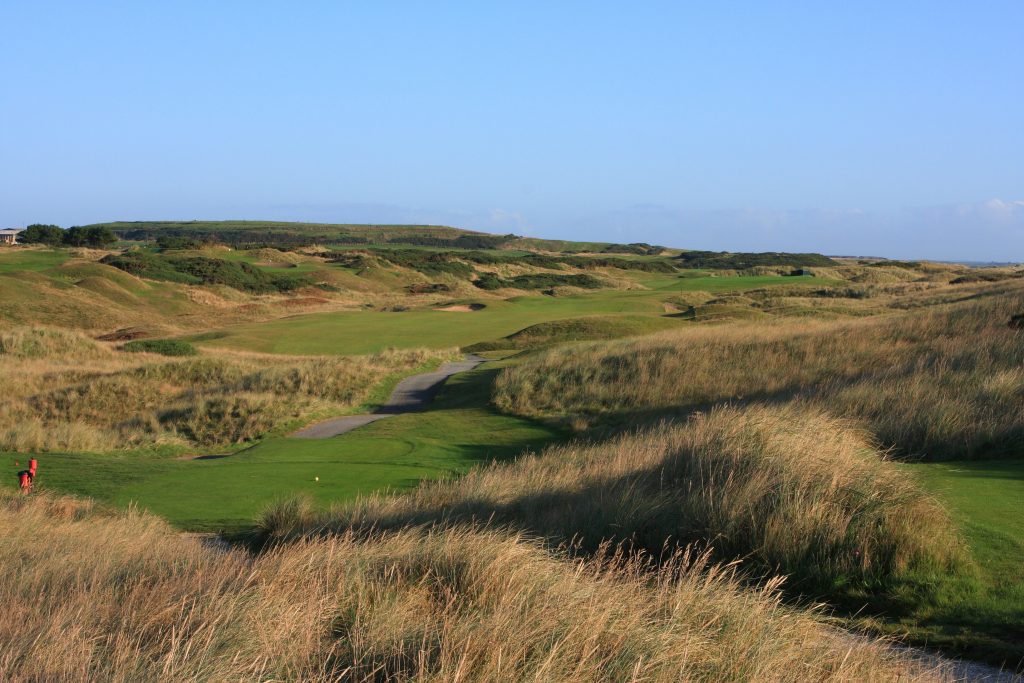 Murcar Links Golf Club 6325 yards Par 71, Murcar Links is sometimes over shadowed by its famous neighbour to the south Royal Aberdeen, but is in its own right a fabulous links courses. The club was founded in 1909 and the course was designed by Archie Simpson with some changes later by the famous James Braid. The front nine features large sand dunes with a wonderful set of holes. In 2014 the club was the host to the Paul Lawrie Golf Centre Northern Open, a European Tour Event. 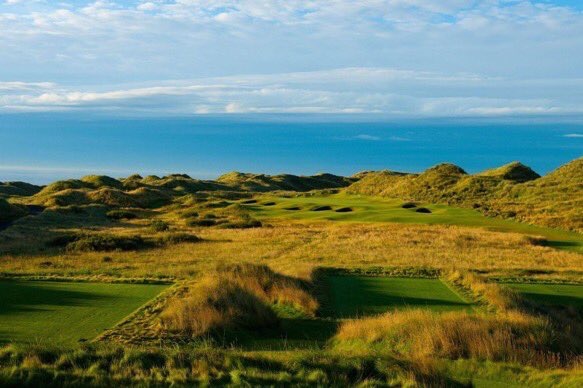 Trump International Golf Links 7428 yards Par 72, The big brash Trump International golf links opened for play in 2012 and is built in some massive sand dunes on the north east coast of Scotland. A high end facility that offers top notch service and experience. 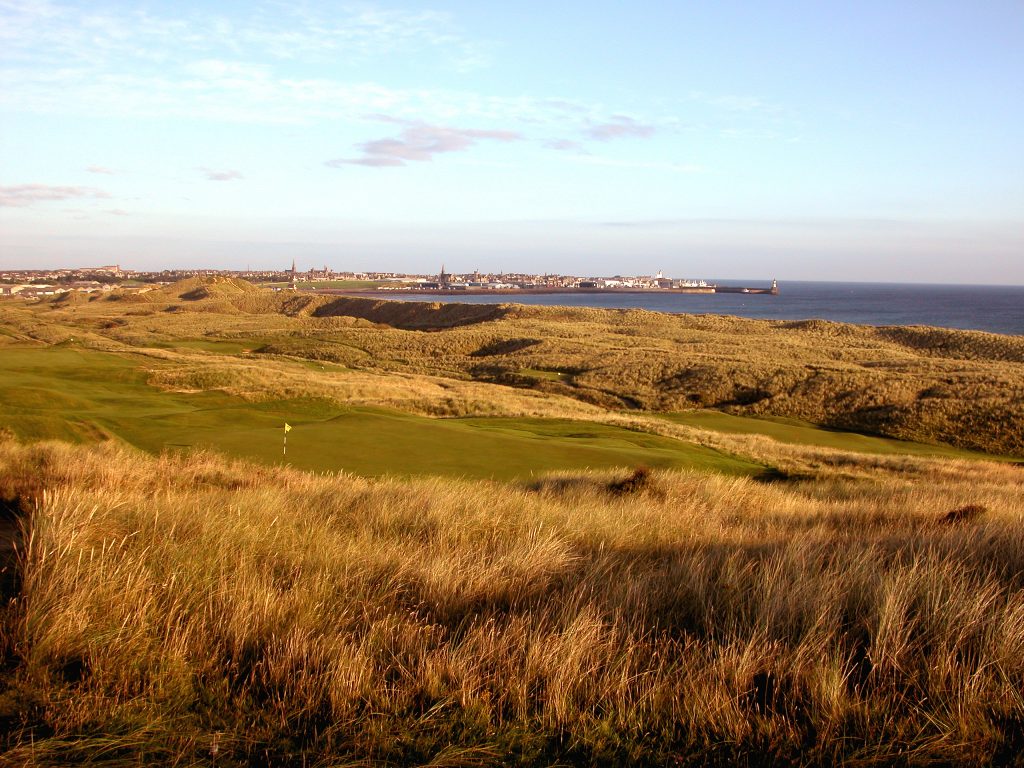 Fraserburgh Golf Club 6318 yards Par 70, Fraserburgh golf club was founded in 1777 making it the 7th oldest club in the world. Stretching out infront of the clubhouse are the rather flat 1st and 18th holes but this gives no indication of what is to come with one of the main features being massive sand dunes. Designed by James Braid, although there have been some minor alterations made this course is more then worth the extra miles to get here. 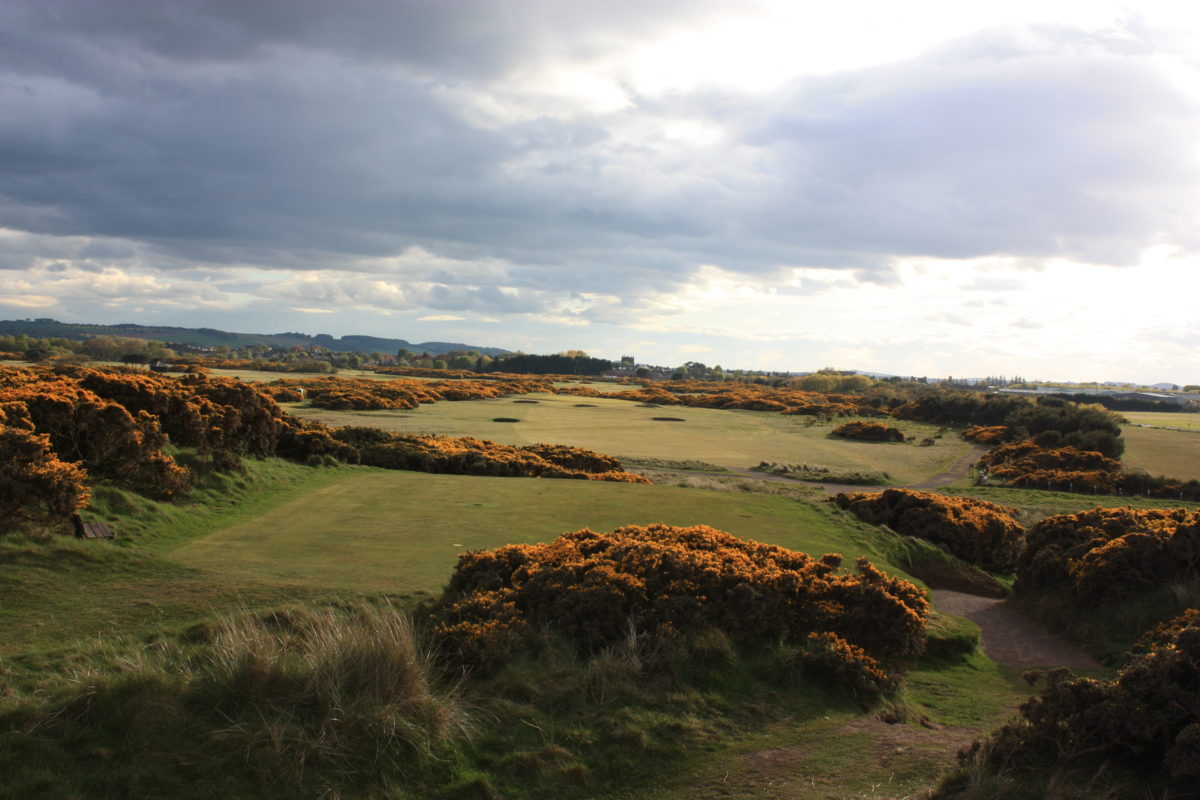 The links at Montrose date back to 1562 which makes it the 5th oldest course in the world. Part of the course is routed through the sand dunes along the course, with a flater section further inland that runs between gorse bushes which are in full bloom in April & May. Play golf on 450 years of history. 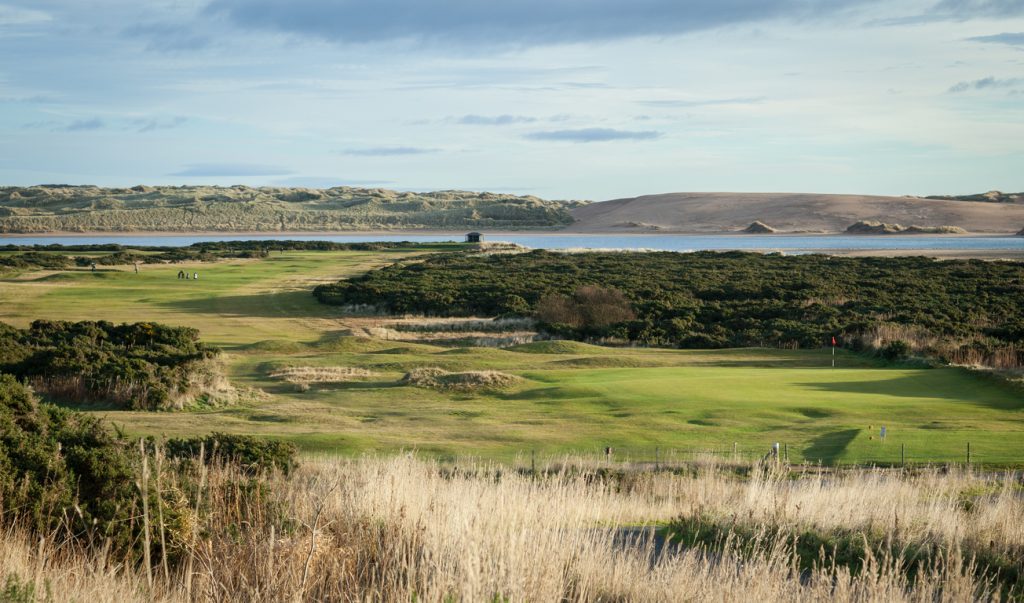 Newburgh-on-Ythan Golf Club is 3km north of Trump International Links Scotland, mid-way between Royal Aberdeen and Cruden Bay championship golf clubs, and is situated on the Ythan Estuary, overlooking the North Sea and Sands of Forvie National Nature Reserve. The club was founded in 1888, and is a challenging par 72 Championship links course that demands accurate golf from tee to green. The clubhouse was opened in 2001 by the 1999 Open Champion Paul Lawrie. 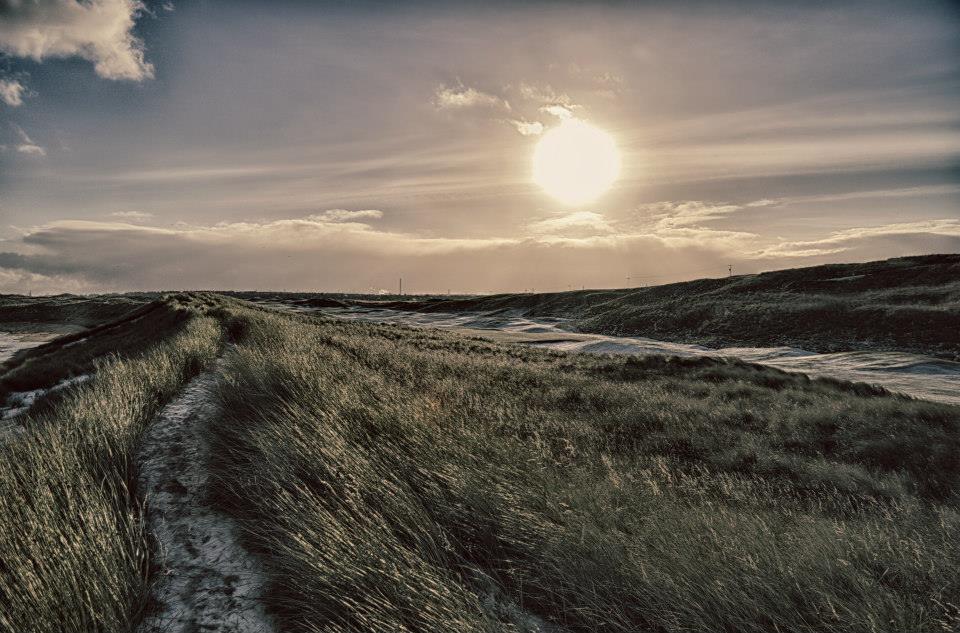 Set among the dunes and across the Craigewan links the course is a classic example of Scottish seaside golf at it’s best! Peterhead Golf Club was established in 1841. The current 18 hole layout “Craigewan Links” began as a 9 hole course in 1892, designed by Willie Park Jnr a dual winner of the Open Championship,and was extended to 18 holes in 1908. A second 18 hole course was established in 1923, however today it exists as a 9 hole course, appropriately named the “New Course”. 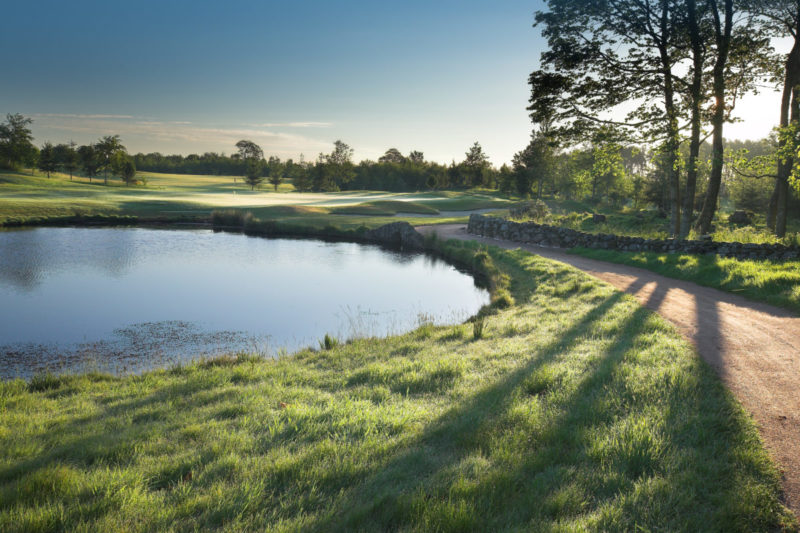 Meldrum House is a private members course which is only accessible for members and hotel guests. A parkland style course keep in immaculate condition. 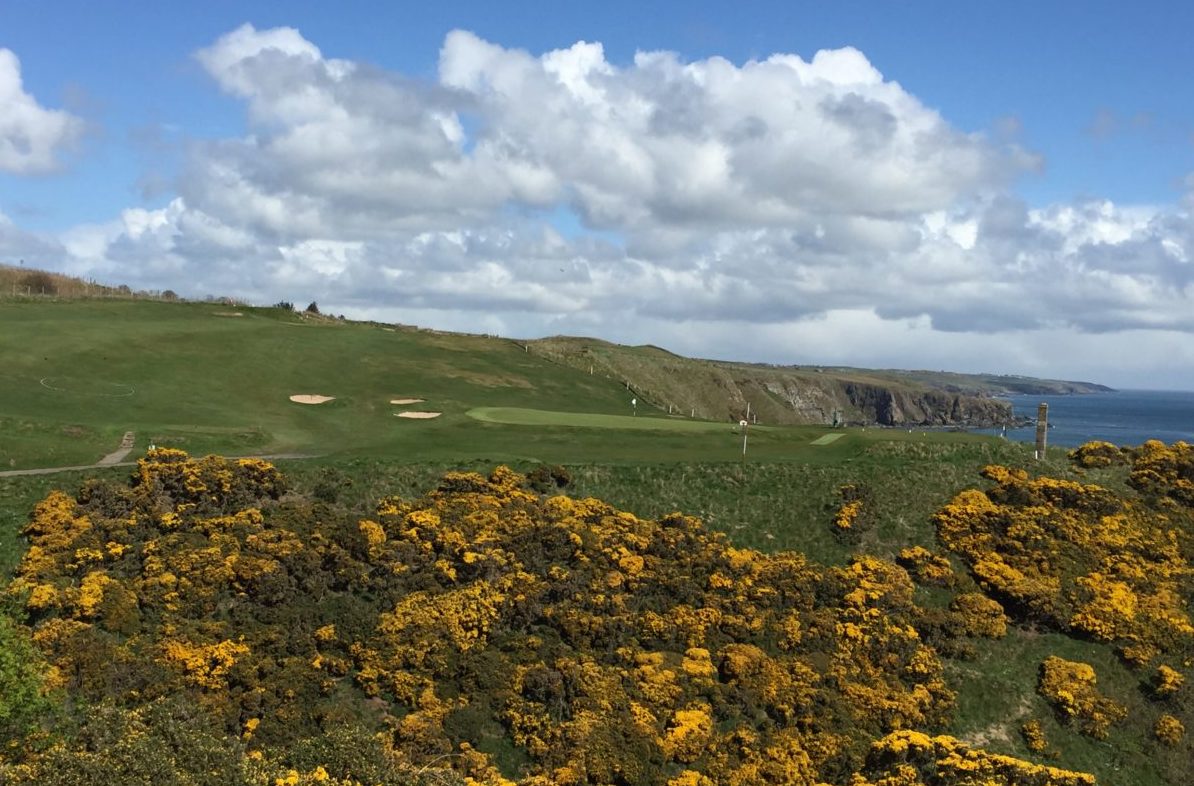 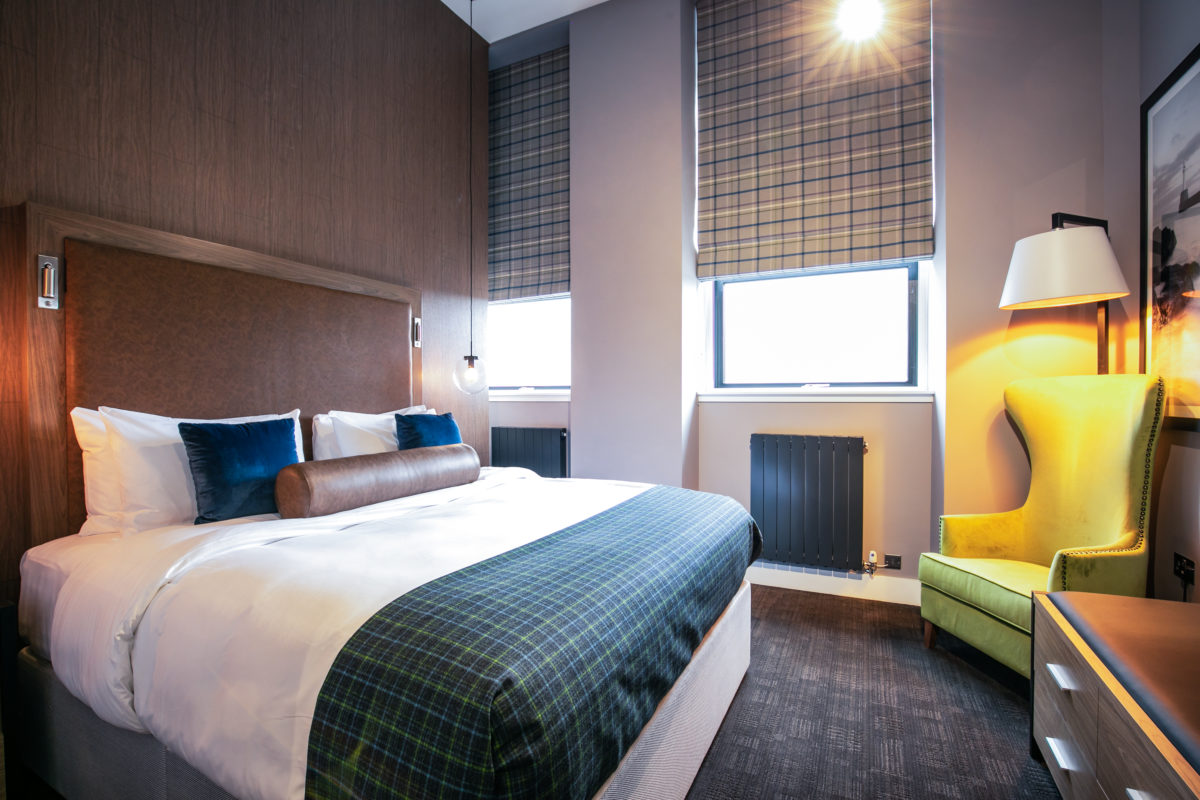 A modern well appointed Hotel in the centre of Aberdeen. The hotel is located in the former Robert Gordon University building which has been fully renovated and is a historic building which contributes to the architectural landscape of the city with 218 beautifully appointed guest rooms, including corporate, king, kitchenette, and executive suites. Offering meeting and conference facilities, a beautiful wedding venue, a business centre, state-of-the-art fitness room, parking options, and complimentary high-speed Internet, this unique location has been magnificently transformed to offer unrivalled luxury and facilities. 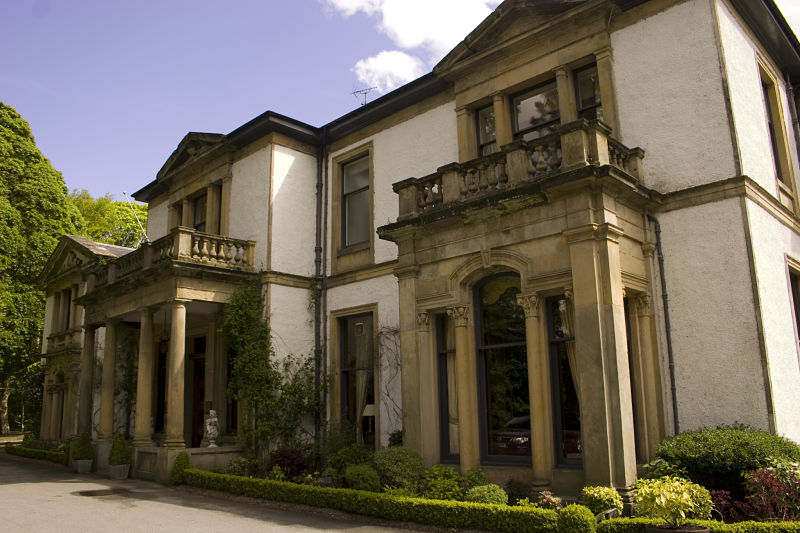 Located in Aberdeen, Macdonald Norwood Hall Hotel features a shared lounge, a library and a golf course. Built in 1887, the venue was fully renovated in 2012. The accommodation comprises a 24-hour restaurant and 73 luxury rooms. The property is placed in a cosmopolitan area, about 3.3 km from Duthie Park Winter Gardens. Johnston Gardens is also 2.1 km away. In addition to a river and woods in the area you can also visit a castle and a museum. 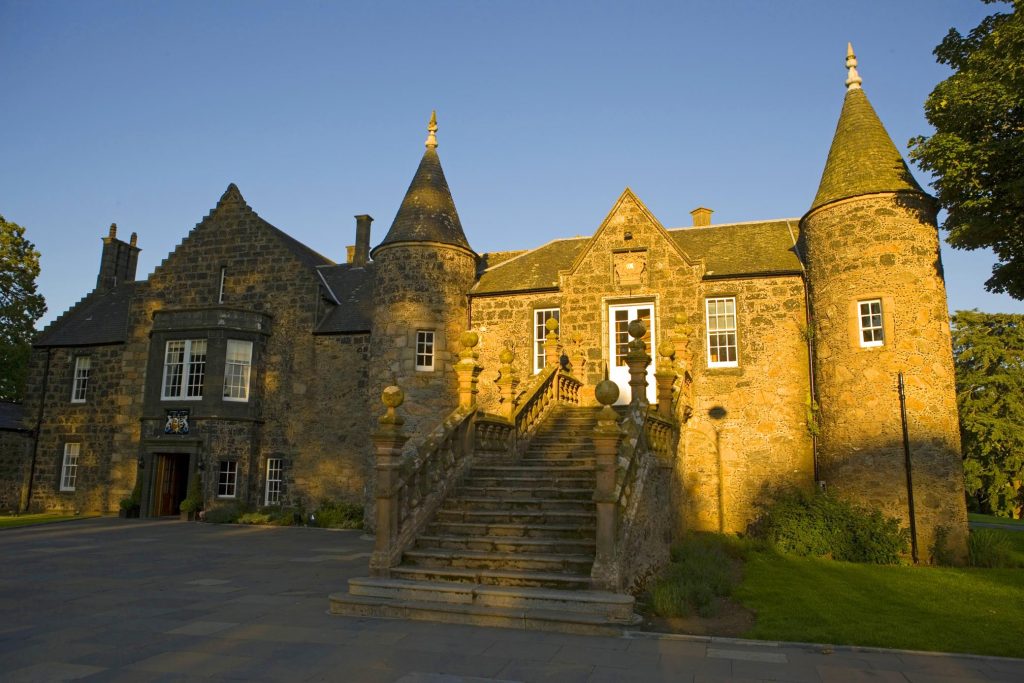 Meldrum House is quite simply unique. Nestled in the heart of Aberdeenshire’s tranquil countryside, but just a few short miles from the bustling centre of Aberdeen, our charming 13th century baronial mansion house, 240 acre estate and golf course offers more than luxury. This is a country hotel that offers the very best of everything. Luxury accommodation with individually styled bedrooms. Sophisticated dining with locally sourced ingredients of the season. World class golf and academy for even the most demanding player. State of the art conferencing to really engage and inspire delegates. The most breathtaking venue and romantic Scottish setting to make your wedding truly unforgettable. Whatever you’re looking for, Meldrum House provides a truly exceptional experience. 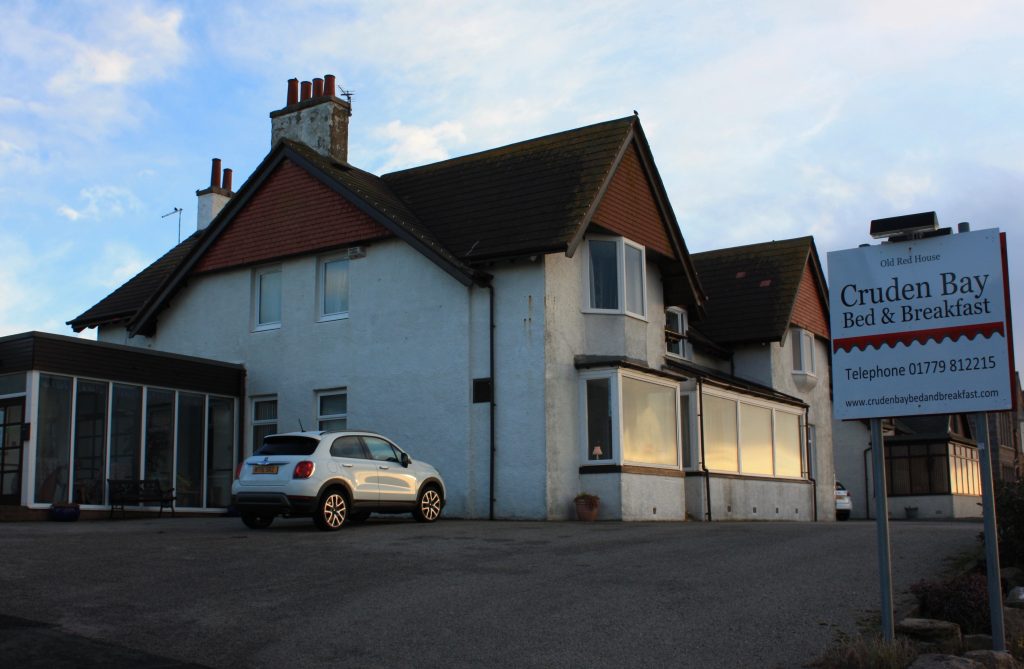 Cruden Bay Bed & Breakfast on the scenic Buchan coast, welcomes you home. Usually when it’s stated that one place is a stones throw from another the claim will turn out to be a bit of an exaggeration, however no such false claim is made when we state our Bed and Breakfast is a stones throw from the world class Cruden Bay Golf Course. Cruden Bay Bed and Breakfast is no more than 20 paces from the 2nd fairway so ideally suited for those planning a round or two. It is also perfectly placed as a base for those visiting the North East of Scotland with a mind to play other courses in the area which include Trump International Scottish Golf Course, Royal Aberdeen and Murcar Links to name but a few favoured by visitors. All of which are less than 30 minutes drive from the beautiful coastal fishing village of Cruden Bay.
This website uses cookies to improve your experience. We'll assume you're ok with this, but you can opt-out if you wish.Cookies allowed Ik wil nu alleen minimale cookies Lees Meer
Privacy & Cookies beleid
Necessary Always Enabled
Non-necessary