The counties of Surrey & Berkshire has some of the best golf located close to major metropolitan area in the world. Only New York's Long Island and Melbourne's sandbelt could compete in quality of courses.
The first courses in Surrey appeared around the mid 1890’s with such clubs as Woking, New Zealand and Hankley Common among the earliest taking advantage of the sandy soil which drains freely. The ideal ground for the first attempts at an inland links.

Good golf abounds in this region with a role call of some of the best course in England to be found here such as Walton Heath, Wentworth, St Georges Hill and just over the Berkshire border is Sunningdale, Swinley Forest, and the classic red & blue courses of The Berkshires.

There have been many major championship played in region over the years with British PGA & World Matchplay Championship being played over the West Course “Burma road" at Wentworth. And in recent years the Senior Open Championship has been played at Sunningdale with Colin Montgomery winning in 2015.

With an array of superb accommodation in the area it makes this one the must see golf destinations in the world. 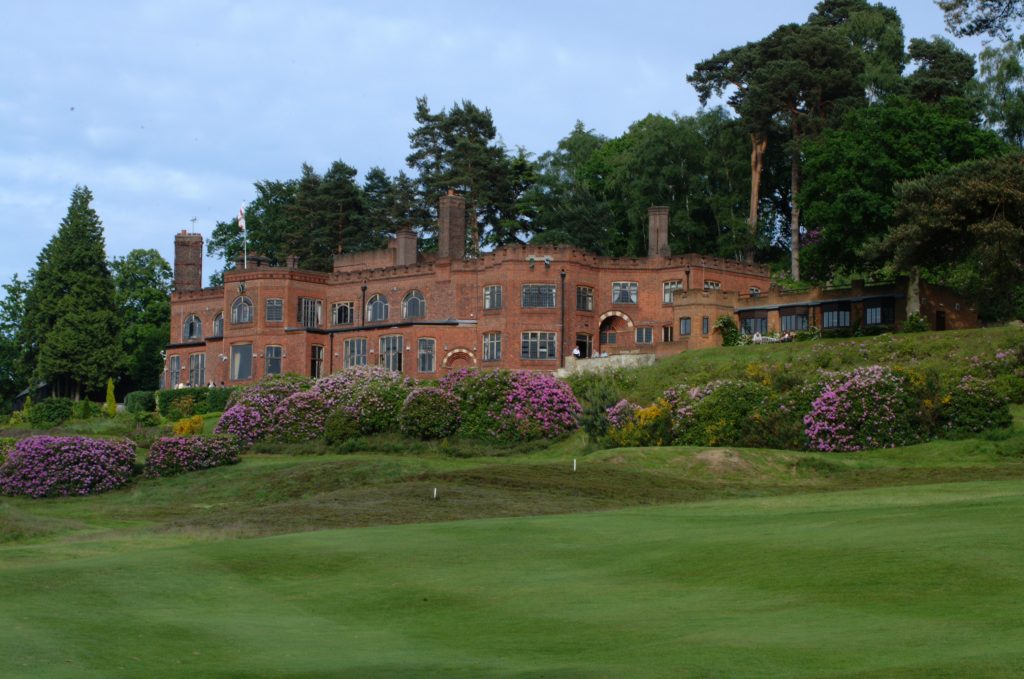 'Red' 3213 yards Par 35, 'Blue' 3313 yards Par 35, 'Green' 3333 yards Par 35 Designed by Harry Colt, the course opened for play in October 1923. St Georges Hill consists of 3 nine hole loops including the Red, Blue and Green nines. The course is fairly undulating with heather, silver birch and stately Scots pines framing the holes. An imposing Club House overlooks the course which is considered to be some of Colts best work. 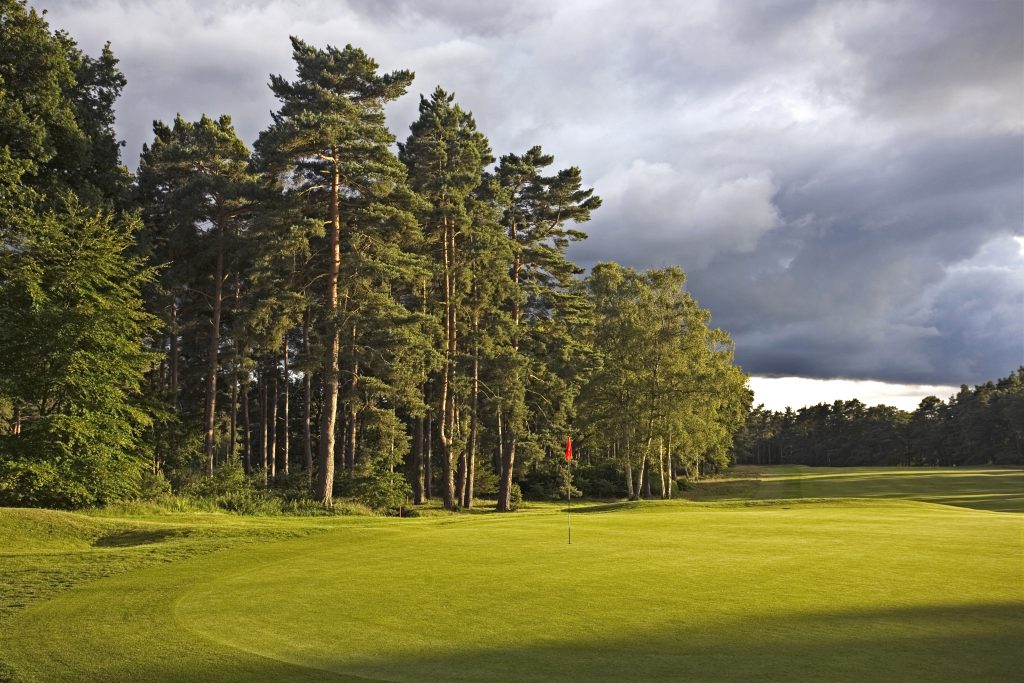 Worpelsdon Golf Club 6466 yards Par 71, Worpelsdon Golf Club is set on one of prettiest properties in Surrey where it almost directly borders the other two of the trilogy of W's, Woking and Westhill golf clubs. Simply a very enjoyable place to spend a day. 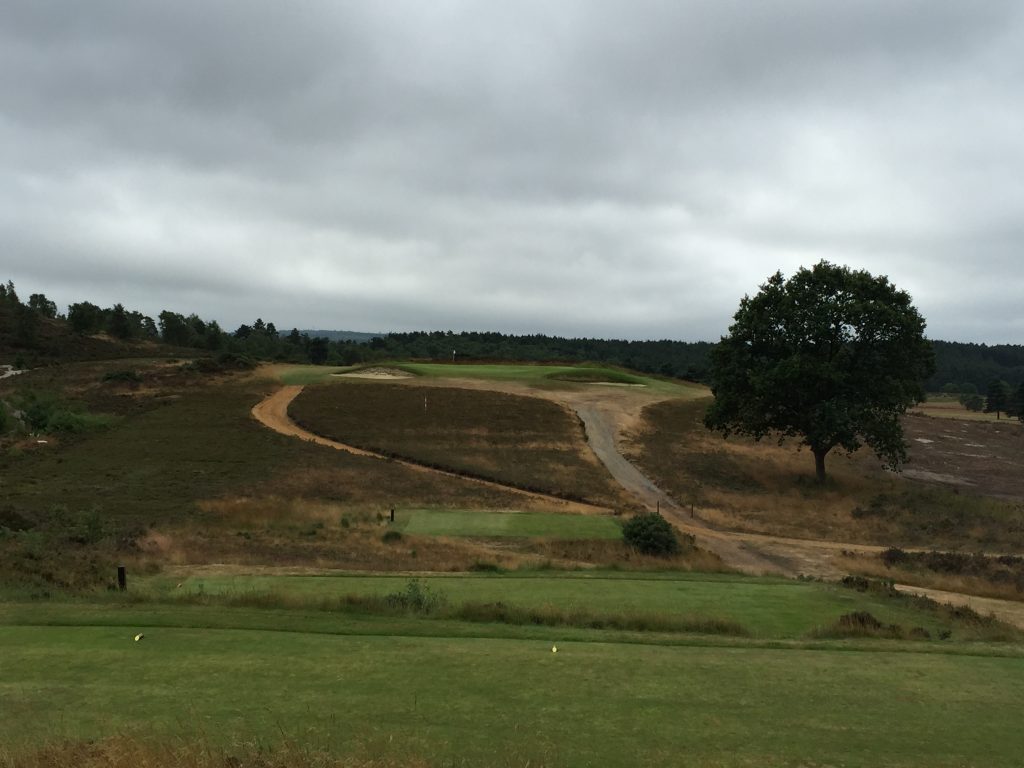 Hankley Common 6909 yards Par 71, One of the best inland courses in England Hankley Common was opened in 1897 and the course was extended to 18 holes by James Braid in 1922. The course is build on a large property with a very open windswept appearance similar to Walton Heath which also gives it a feeling of a links at times. 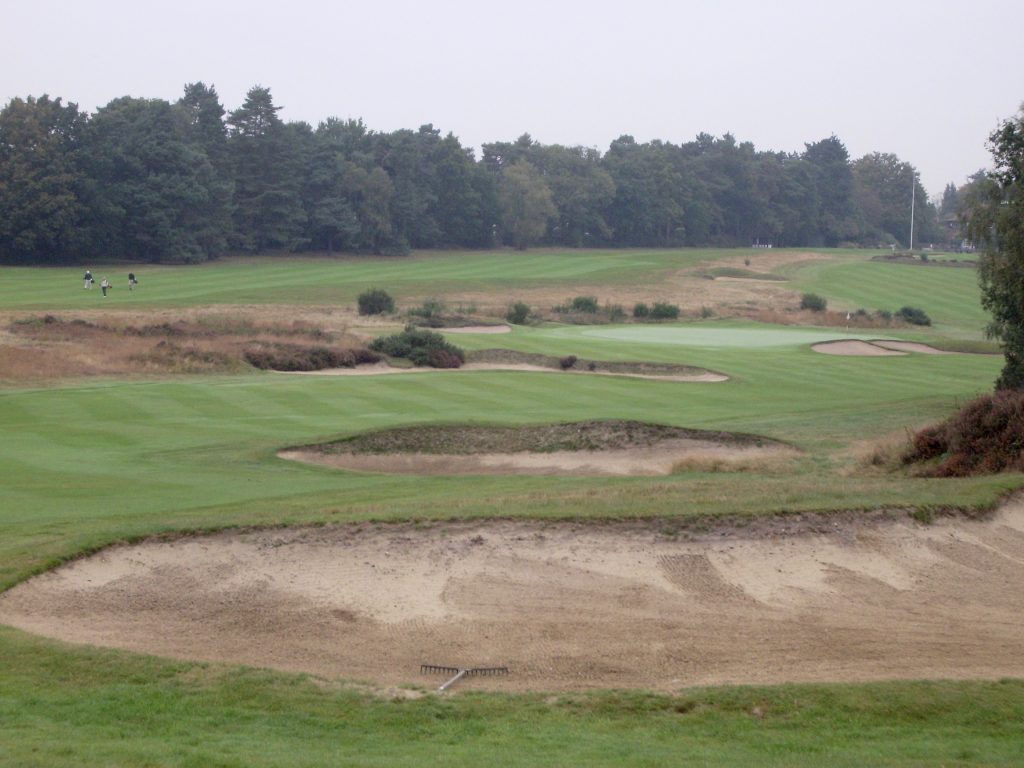 Sunningdale Golf Club 'Old Course' 6627 yards Par 70, Sunningdale is one of England's most famous golf clubs with the Old Course being laid out by Willie Park Jnr with the course opening in 1901. Later Harry Colt would become club secretary and make some changes to the course which would effectively laugh his golf course design career. The course has held many championships over the years including recently the Senior Open Championship.Sunningdale Golf Club 'New Course' 6729 yards Par 70, In 1923 the New Course opened having been designed by the then club secretary Harry Colt. The New Course is seen as a bit longer and tough then Old Course but both are fabulous places to spend a day. 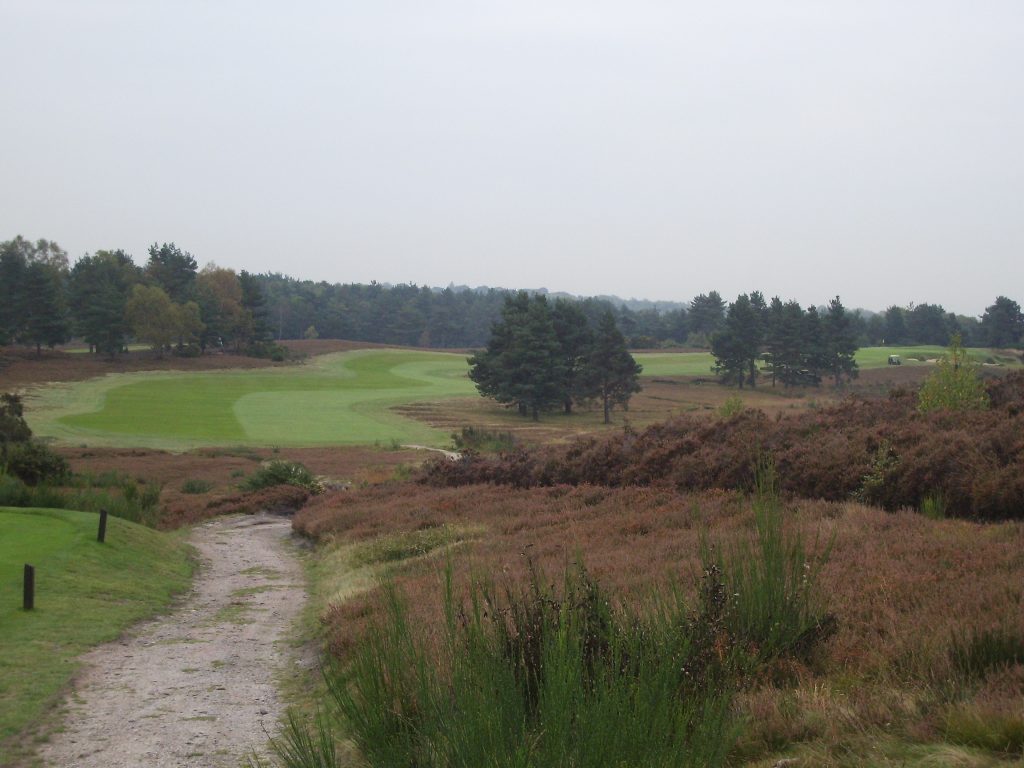 Sunningdale Golf Club 'New Course' 6729 yards Par 70, In 1923 the New Course opened having been designed by the then club secretary Harry Colt. The New Course is seen as a bit longer and tough then Old Course but both are fabulous places to spend a day.